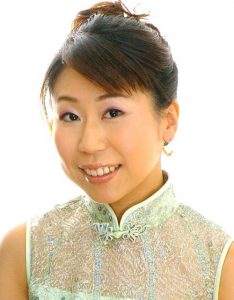 Masa Matsuura was born in Tokyo, Japan in March 1978. After studying piano, composition and vocal music at Toho Gakuen College of Music, she continued to study piano accompaniment with Jean Koerner at the Conservatoire National Supérieur de Musique de Paris in France.
She has been active as ensemble pianist and has collaborated with many worldwide artists especially wind instrumentalists (such as Wenzel Fuchs, Eugene Rousseau, Antoine Dreyfuss, Bil Jackson, Nobuya Sugawa, Vincent David, Philippe Geiss and Alexandre Doisy). As composer she has composed for a wide spectrum of musical formats including chamber, solo instruments, voice, chorus, and traditional Japanese. Her major works are : “Dreaming Stone” for Saxophone and Piano(2009), “Flower coronet” for chorus(2011), ”Requiem”~dedicated for the victims of The Great East Japan Earthquake~(2012), “Toya“~Memory of "Night and fog"~ for Flute ensemble(2015) among others . She has released 2CDs, “Romance” and “Traumerei” with Sumichika Arimura (Saxophonist) from Fontec Label.
Currently she is teaching at Senzoku Gakuen College of Music.